Sicily guide for families: how to arrange a trip with kids

Home » destinations » Sicily guide for families: how to arrange a trip with kids

Sicily guide for families: how to arrange a trip with kids

One island, a thousand flavors, infinite emotions. This is Sicily, Italy’s largest island and one of the best hidden secrets we have in the country. This guide to Sicily for families aims to help tourists arrange a holiday in this beautiful region and highlights all the attractions we love the most.

There are so many things to do in Sicily with kids that you’ll probably need a month to discover them all, but even with just two weeks you’ll be able to cover a lot!

Sicily guide for families: how to arrange a trip with children 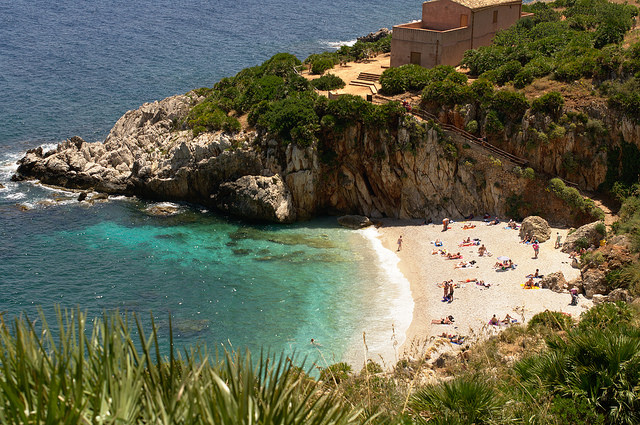 Sicily offers a variety of luxurious, traditional and practical accommodation for all kinds of budget and since the South of Italy is quite affordable – compared to other destinations in the Mediterranean –  Sicily vacation rentals can be a great choice. Depending on you choose to stay, options include traditional villas, surrounded by the Mediterranean countryside, looking like a dream coming true. A warm welcome from your landlord will provide the perfect introduction to this lovely island.

How to get to Sicily

The easiest way to get to Sicily is definitely by plane. Palermo and Catania are the main airports, but if you wish to visit the Southern part of the island another option is the tiny Comiso airport, close to the city of Ragusa and connected to Milan (both Malpensa and Linate), Rome Fiumicino, Brussels, London, Dusseldorf, and Frankfurt.

If you are on a road trip across Italy, you can also cross by ferry from Calabria, from the city of Villa San Giovanni or from Reggio Calabria to Messina. The crossing takes between 20 and 40 minutes – depending on the kind of ferry you board – and it costs 10€ per person on average. Car fares depend on vehicle dimensions.

Train lovers can also enjoy a journey from Rome or Naples to Messina, but it is definitely a long trip as it takes almost nine hours to get to Sicily. As soon as the train (an intercity, generally speaking) reaches Villa San Giovanni or at Reggio Calabria, it be loaded car by car onto the ferry to reach the Sicilian coast and the city of Messina. Yes, I know it’s weird – it can also be fun and makes for a great travel story, but it’s not recommended if you travel with children as the journey is rather long and can be uncomfortable.

What to eat in Sicily

Sicily is famous for its delicious food. Regardless of what you love the most, everyone LOVES Sicilian cuisine! From breakfast to dinner, you’ll just want to keep eating! Cannoli, arancini, gelato, pasta, fresh fish, marzipan sweets, oranges… well, all these dishes are simply to die for! And to make matters even better, the bill won’t give you a heart attack! 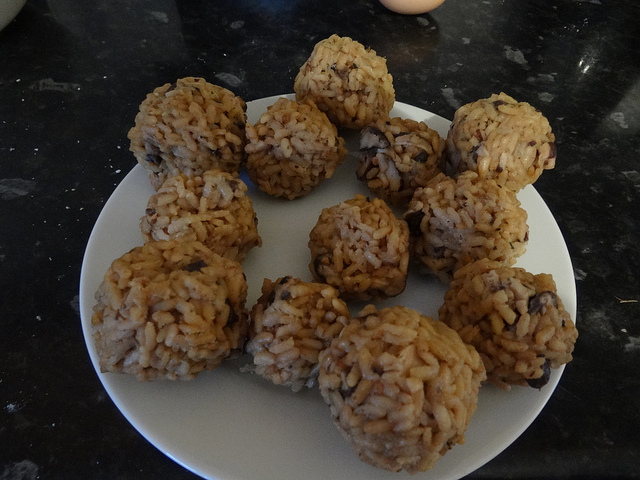 When to go in Sicily with kids

The best times to go to Sicily with kids are from April to June and from mid September to the end of October, as the temperatures are not as hot as they are in July and August. These two months also tend to be very crowded (because of the Italian summer holidays), prices are extremely high in compared to spring and beaches are crammed. So, try to avoid July and August if you can.
Easter is a good time to visit Sicily, but it is also considered high season.
Autumn (end of September, October and early November) is the best period if you would like to have fun at the beach. Things are quieter, there are fewer tourists on the island and the water is still very warm so families with kids can enjoy swimming!
During the winter months (excluding the Christmas holidays) many shops, hotels and attractions can be closed or only open reduced hours. In the mountains, the temperatures fall dramatically and it is not unusual to see snow on Mount Etna.

Sicily guide for families: the coolest places to visit with kids

The link between Europe and the South of Italy lies in the city of Palermo, where Arabian, Norman and Bourbon influences can be discovered on a sightseeing tour. Palermo’s roots are very ancient.
Do not miss the breathtaking Gothic Cathedral of the Assunta, the Norman palace built by the Arabs in the 9th century and the baroque heart of the city. Kids will love the botanical garden and Chiaramonte medieval palace.

For a day trip from Palermo, the Riserva dello Zingaro is a wonderful choice – a stunning maritime reserve about is 80 km away from Palermo (nearly 1hour and a half drive). The Riserva can be combined with a visit to the city of San Vito lo Capo. 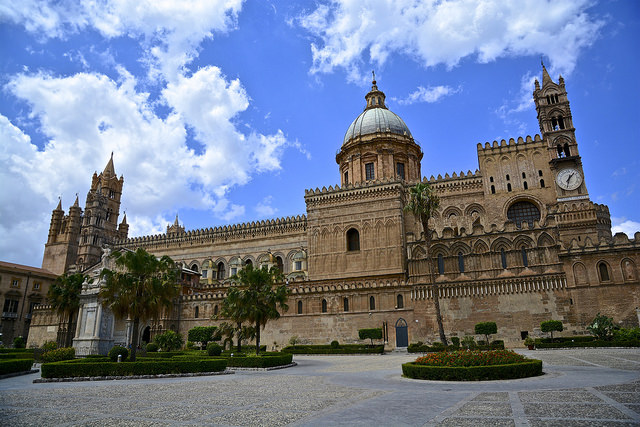 Siracusa is one of the best Sicilian cities for kids as its origins date back to the time of myths and legends, from Greek to Roman times, with more recent Baroque influences. The first “playground” for your children is the Greek Theater, a masterpiece of acoustics, completely excavated in the rock and one of the largest theatres in the Greek world. It still hosts theater performances that consolidate the strong link between Sicily and the world of Ancient Greece.

For a day trip from Siracusa, do not miss Vendicari Reserve, a natural paradise for bird watchers, 40 minutes drive from Siracusa.

Sicily is one of the best places in Italy for summer holidays where families can find wild nature, amazing caves, and pure crystalline water. Organizing a day trip to the smaller islands close to Sicily is a great idea for families traveling to Italy. 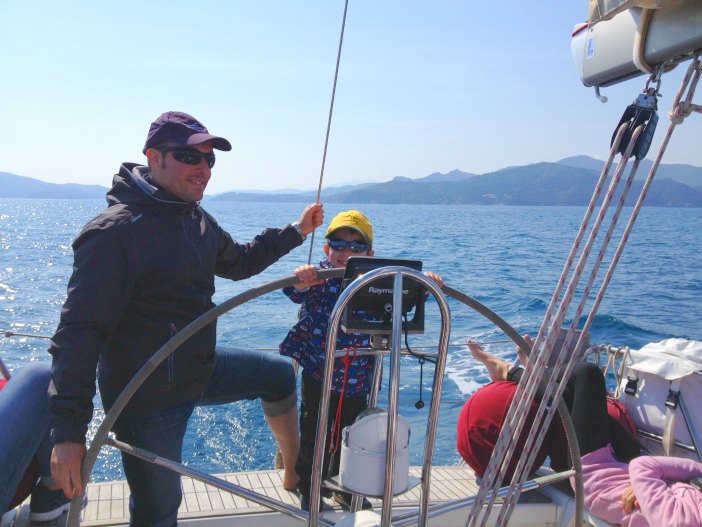 Lipari, Vulcano, Stromboli, Panarea and Salina are the most famous islands in the Aeolian archipelago, whereas smaller Filicudi and Alicudi are visited less often. The islands lie in a volcanic area in the Tyrrhenian Sea north of Sicily, and the archipelago was named after the demigod of the winds Aeolus. The Aeolian Islands were even listed by UNESCO in 2000 as a World Heritage Site for their great volcanic activity. Do not miss visiting an eruption in Stromboli at night, it’s simply unforgettable!! Stromboli is one of the few volcanoes in Europe where it’s possible to witness regular eruptions, that become even more breathtaking at night! I went there when I was 12 with my parents and I can still remember how surprised I was to see a real active volcano!! 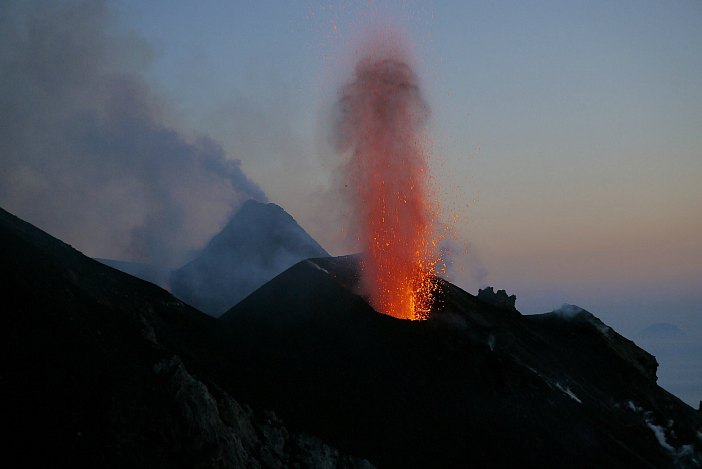 Favignana and Marettimo are the best known and the largest islands of the Aegadian archipelago in the Mediterranean Sea off the Northwest coast of Sicily, near the cities of Trapani and Marsala. Visiting these Islands means enjoying the largest protected marine area of Europe, a fabulous underwater wonderland with natural marvels, as well as a place full of myths and maritime traditions. From Ulysses to the Arabs, centuries of history, travels and migrations have left their historic mark on the rocks of this archipelago.

The enchanted Favignana – PhotoCredits by Martin Lissmyr on Flickr in CC

The best park kids will adore

Twenty minutes drive from the city of Catania, children of all ages will fall in love with Etnaland, the biggest fun park in the South of Italy. This park is composed of three different areas: the Prehistoric and Botanical Garden, the Theme Park (opened from mid-April to the end of September) and the Acqua Park (opened from July to September). 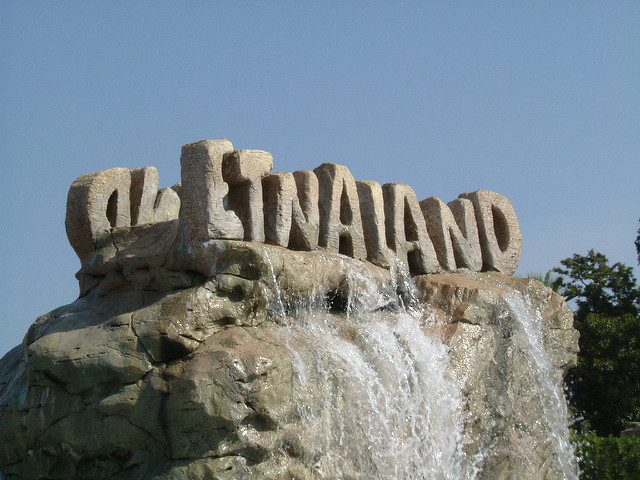 I’m pretty sure that after your first Sicily visit, you’ll want to come back. Sicily has a mysterious charm that attracts families with kids back year after year – if your favorite Sicily place has not been added to our Sicily guide for families, let us know in the comments! 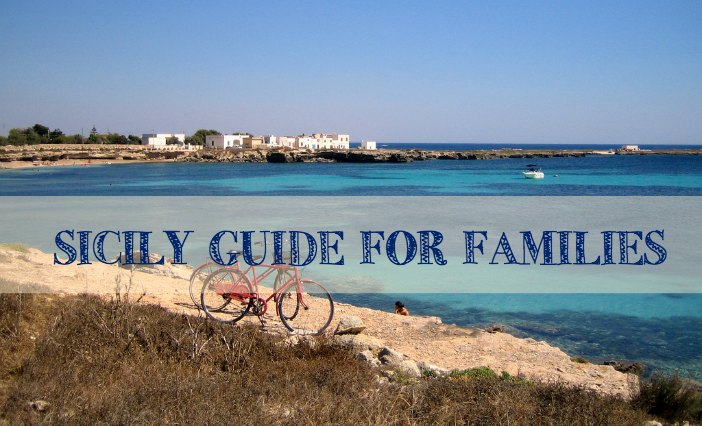