Out of season in Italian Riviera

Out of season in Italian Riviera

There are some seaside destinations in Italy that are really beautiful also out of season, without any beach-umbrella and the seagulls’ squawks being the only noise you can hear.
One of my favourite is the Italian Riviera, the narrow strip of land which faces the sea in the north-west side of the peninsula.

The region is widely famous for the Cinque Terre: five small fishing villages, invaded by thousands of tourists every year. But there are many other towns that worth visiting, as the ones I loved so much in Riviera di Ponente.

Riviera di Ponente is the western part of Liguria, close to French border. In Italian the name means the sunset coast and, belive me, sunsets really are unforgettable here. The Riviera can be divided in two parts: the Palms Coast, towards Genoa, and the Flowers Coast, towards France. 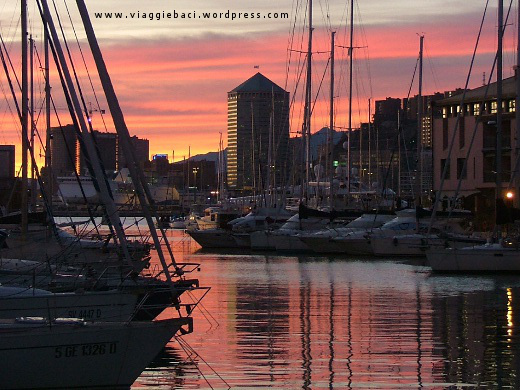 The climate is mild all year round: the olive trees on the terraced hills are there to prove it. Also in January, usually the coldest period, temperature is around 10 °C: a good reason for planning your trip from October to May, when parking lots are almost empty, hotels and restaurants are not overbooked and kids can run and play on the beach without disturbing other visitors.

Where to go in Riviera di Ponente

The Riviera di Ponente’s most famous towns are:

Maybe you will chose one of them for your family holidays in Liguria, but I suggest you to stop also in some other lovely towns. 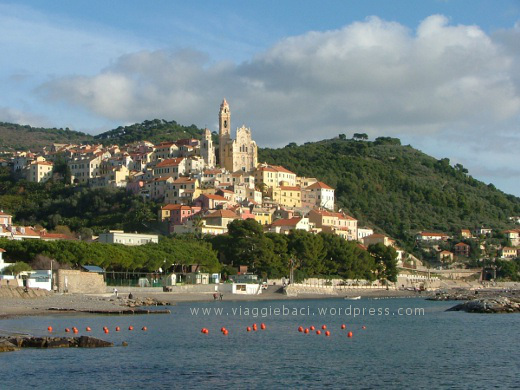 During my out of season long week-end in Riviera di Ponente, I was hit by the beauty of Cervo. It is a place I never heard talking about, before I went there, so it was really a delightful discovery! It’s a small village close to Imperia, which suddenly appears along the coastal road to Alassio. Its Baroque cathedral, with few houses embracing it, is like a precious gem stuck into the hills slipping down into the sea. 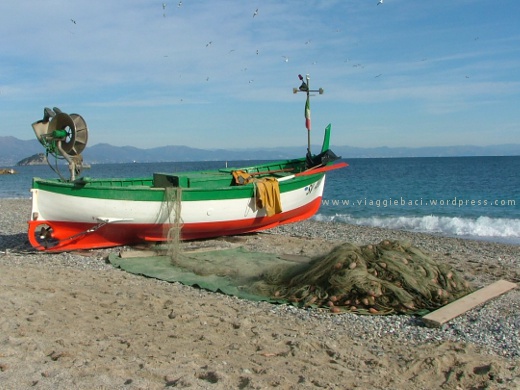 Another jewel of the coast is Colla Micheri, a group of few old stone houses above the promontory separating Laigueglia from Marina di Andora. The panoramic view of the sea and the rest of the coast is unforgetable such as the silence that reigns among the homes of its 29 inhabitants. If you like hiking, don’t miss the path leading to Andora.

The last stop I recommend is in Noli, tha ancient capital of a small Republic that governed the area for almost six centuries. It’s encircled by walls and characterized by the red bricks towers spread out among the other buildings’ roofs. It is listed among the most beautiful burgs of Italy and with a walk in the downtown you will easily understand why.

Off season: what to do with children

Of course, if you visit Liguria from October to May, you can’t spend the day sunbathing and swimming in the clear water. But  don’t worry, you can do other activities with your children, since the beach offers a wide choice of things to do for kids also wearing a coat. For example you can walk on the sea-shore, play with sand, admire the seagulls landing around you, throw stones in the sea, look for shells or … help a fisherman at work!

Since the temperature is not too high, you can hike on the hills and enjoy the enchanting seascape, or bike along the paths paved over the old railway. We did it in Taggia and we’ll never forget it …

Another good choice is roaming along the caruggi – the Italian name for the narrow and steep lanes of Ligurian towns -, shopping typical seaside souvenir or watching painters at work in their studios: kids will love them …