The town of Vinci is about 40km far from Florence, among the stunning hills of Tuscany. Real international renown of Vinci was earned as being the birthplace of Leonardo da Vinci, who was born there on April 15th, 1452.

Nowadays, Vinci itself offers tourists and families with kids the chance to see many places connected to Leonardo’s life, even if the real house (where the genius raised and lived) is just outside the center of Vinci, on the foothills of Montalbano in a village called Anchiano.
So if you would love to discover more about Leonardo da Vinci, come to Vinci and explore the Museo Leonardiano (Leonardo Museum) and its birthplace. You won’t regret it!!

Discovering Leonardo da Vinci: a must see attraction near Florence

Leonardo da Vinci was one of the greatest thinkers in history and one of the greatest creative minds of the Italian Renaissance. Artist, sculptor and talented as an engineer, scientist and even inventor. The history of many Italian cities is strictly related to the Genius, so it’s time for you to meet the master both as an architect and a scientist.
In the town of Vinci there is a great museum entirely dedicated to Leonardo. Let’s discover it together!

Museo Leonardiano was originally opened in 1953 and during the years has been enlarged and constantly renewed. From four rooms to entire buildings and a brand-new section “Leonardo and Anatomy” that will be opened on October 22nd, 2016.

The Museum’s permanent exhibition tells the life and the work of the Genius da Vinci by showing the true Leonardo. Machines, digital reconstructions of his projects, high-definition, full scale reproductions of his paintings: from the most brilliant and visionary creations, to information and anecdotes about his life, everything’s about Leonardo in his hometown. 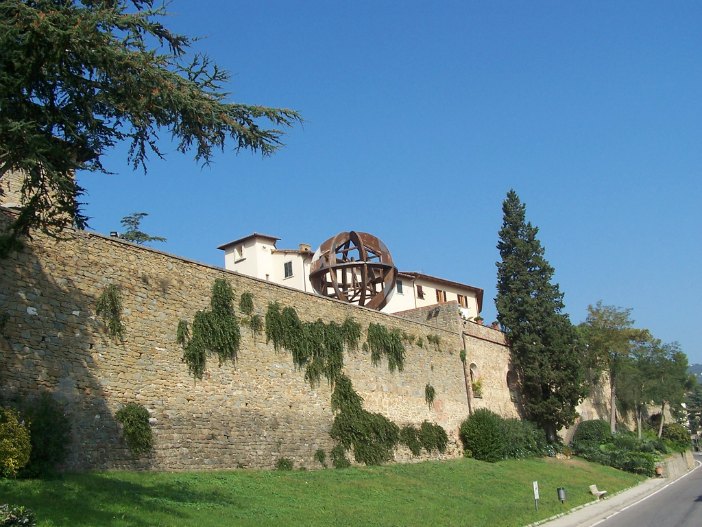 Besides the Museum, Vinci offers many itineraries to discover Leonardo’s world: from the Castle of the Guidi Counts to the Villa del Ferrale, where the Leonardo Impossibile exhibition is set, or the birthplace in Anchiano – where visitors could actually meet Leonardo in a very special way – without forgetting naturalistic paths to explore on foot the hills loved by the Genius, or spots and contemporary art installations directly inspired by Leonardo.

Children would also have the possibility to put themselves in Leonardo’s shoes as an artist, scientist or engineer and to live an actual leonardian experience at the Museum, with activities as the Domenica Leonardiana and the Gioca MUSEO, the interactive book to visit the museum as tiny geniuses.

Do you want to actually get to know Leonardo and discover everything about this great, incomparable man? Then, don’t miss his true home: come visit Vinci! We highly recommend a visit to this museum because it is interactive and really amusing, especially for kids.

How to get to Vinci, Leonardo da Vinci’s birthplace:

By car: the city of Vinci and Museo Leonardiano are easily reachable by car through the Superstrada Firenze-Pisa-Livorno (it’s small highway that connects the cities of Florence, Pisa and Livorno). Take the exit at Empoli and after 20 minutes drive you’ll reach Vinci. It will take about 50 minutes to get to Vinci from Florence.
By train and bus: the closest station is Empoli, once there you can reach Vinci by bus (check online the hours of public transport http://www.piubus.it/) or by a private shuttle to be arranged early before your arrival to Empoli. Please consider that local public transport is subject to hours and seasonality, so if you prefer to organize a private transfer you should call the private taxi, recommended by the tourist board of Vinci. The shuttle will be available to pick you up at the station of Empoli and drive you to Vinci and to Anchiano as well. (Mobile number to arrange the private transfer +39 348 9141064)

Children facilities at the Museum Leonardiano:

Many activities for the youngest tourists and guided tour. On site there are baby changing tables close to the toilets. No cafeteria at the museum, but there are many restaurants and bar just outside Leonardiano Museum. 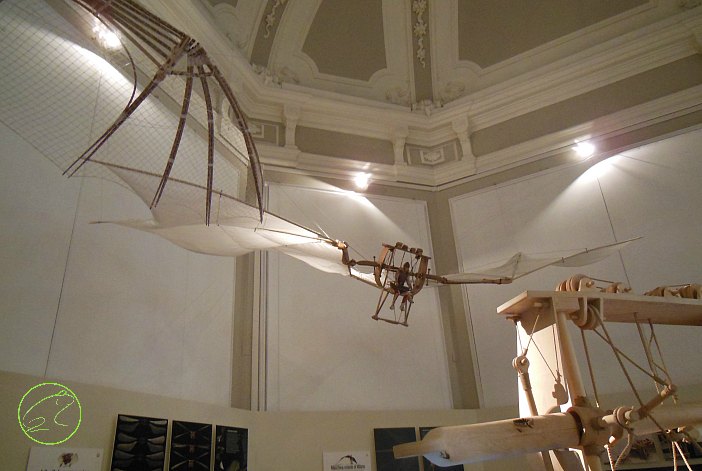