Home » what to do » art & culture » Do you know Leonardo was kids best friend? 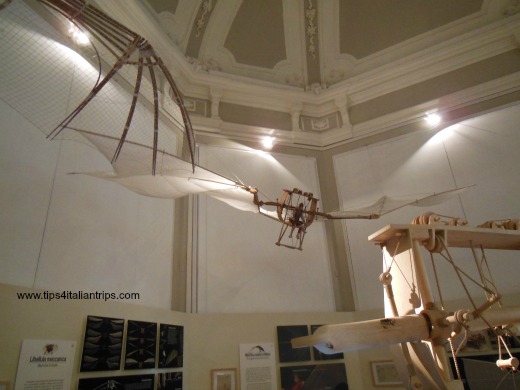 Mario Taddei, Leonardo3 scientific director, struck me since that very first telephone call, when without hesitation he suggested I should bring along my Little Tadpole to the exhibition “Leonardo’s world”.
He had no doubt that his explanations were childproof, even for an energetic, curious and insatiable of ‘why this and why that’ child.  On the other hand I, a mother who knows well her Danny the menace, did have some doubts.
I had not yet found the keystone, I did not know yet how Leonardo in 3D was, in reality, so child friendly. And if on top of that the child loves Lego, building blocks and everything that can be potentially disassembled, the magic is done.

“We are going to meet Mr Mario who will tell us the story of Leonardo”, is the jingle ringing in his ears from the tube station to the entrance of Vittorio Emanuele gallery. Federico can’t wait. We are curious, excited and full of expectations – all of them greatly satisfied – whilst we get close to the discovery of a new world. With a revolutionary approach to museology – that the multifaceted Da Vinci would have loved for sure – a totally unexpected Leonardo is reconstructed with electronic stations and wood masterpieces. 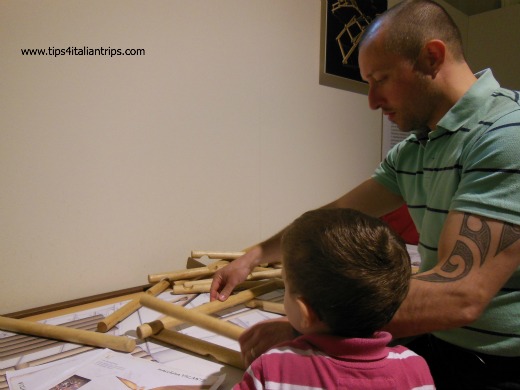 A welcomed contemporary version fills up the halls of the exhibition with youngsters of all ages, groups of students and happy parents. Videogames, supposedly the cancer of the modern age and accused of killing creativity and crafts of the younger generations, are wisely used to educate and reveal the real Leonardo by the three exhibition curators.
The main goal is to communicate using a language understood by today’s generations, not an obsolete one, but a language in line with our history. Enough of passive spectators and indoctrinated children by boring monologues, it’s time for protagonists of a true interactive experience in 3D. 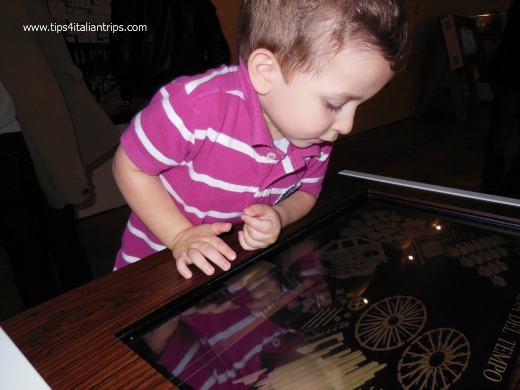 The so-called Mr Mario, at least this how Federico calls him straight away, welcomes us in Leonardo’s home and so until next 31st December 2016: the King’s Rooms. A real royal mansion carefully refurbished comes back to life today thanks to this show on the King of Intelligence. The rooms, which were built in 1865 by King Vittorio Emanuele to satisfy his public relations needs, face directly the Leonardo da Vinci monument in Piazza della Scala.

A fil rouge, like the one that links the artist to Milan and its canals. A link so strong, but often underestimated, especially by the inhabitants of this hectic city imbued with the Da Vinci genius.

The engineer, the writer and the painter, to whom are mistakenly attributed many inventions, but who – Mr Mario explains – knew how to “study directly in the field” the achievements of his predecessors, with the acumen and the simplicity typical of children and then to propose them to his contemporaries. 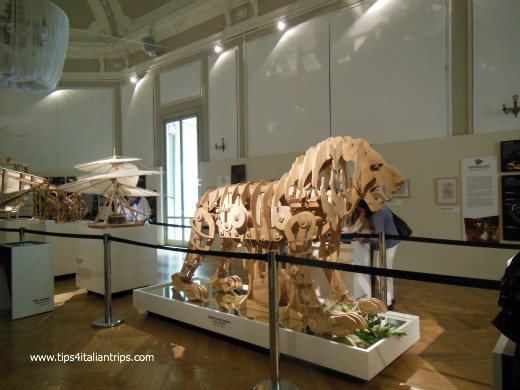 Leonardo was an extremely attentive observer of nature. The mechanical Lion, the Dragonfly and the Bat are only some of the exhibits that have been rebuilt thanks to electronic stations. Bit by bit. The tiniest error and the constructions falls to pieces and you need to start all over. And Federico seems astonishingly better at it than us. He stares at the screen and then looks for the perfect match between screws, bolts and wooden planks. Like if he was catapulted back in time and was working as an apprentice in the store of the great Maestro. 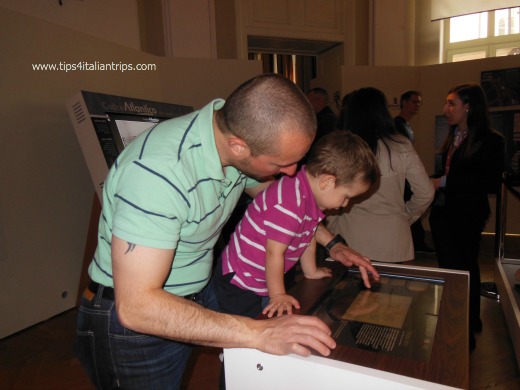 The whole universe is the source of inspiration for the great artist. And in fact it is the animal kingdom that stimulated the imagination of the great genius to try and make the dream come true to make the primordial man fly. Flicking through the 36 pages of the Flight code, you can find scientific analysis on birds, solutions for mechanical wings and instructions on how to fly them. And everything can be consulted, available for us to read, with a simple click: manuscripts, drawings, mechanical works, even the reconstruction of the ideal city and the Last Supper. 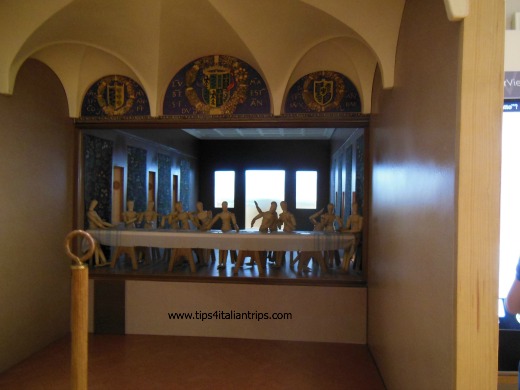 Busy with our tight rhythms of our day to day, we, the adults, believe that special gifts are needed – almost magic – to invent and create, but it’s in fact by changing the observation point, with an open mind, with eyes and hearts free from prejudice and preconceptions, that we can go beyond our limits. I like to call this type of gift “Mind sensitivity”.
Children know this very well and apply it so naturally that it leaves you breathless. That’s how we can reach, together, new goals. The visit to the exhibition, teaches Leonardo Da Vinci great life lesson and he was, in my opinion, children best friend. 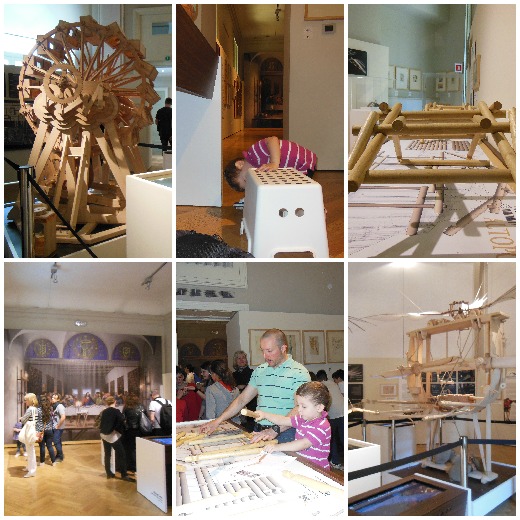 Massimiliano Lisa, Mario Taddei and Edoardo Zanon are the passionate soul of Leonardo3. Leonardo3 is an innovative study centre organizing exhibitions in the main museums all over the world and has the goal of studying, interpreting and distributing the artistic and scientific heritage of the Da Vinci genius to the general public, through the use of innovative technologies.