From identifying the colours of its flag to knowing the name of its capital city, these are pieces of information most people will know about the glorious country of Italy. When you delve a little bit deeper, though, you’ll soon discover that Italy is one of the most remarkable, most riveting countries in the world. For this reason, scores of tourists head to its spellbinding shores to experience these facts first hand. Let us show you all the things you didn’t know about Italy!

You too may want to witness what makes Italy so appealing and should make the most of cheap holidays to do it. If you do decide to visit this destination, what other points and particulars should you know about?

All located in the south of Italy, Vesuvius is near Naples, Etna is on the island of Sicily while Stromboli is positioned off the coast. Etna itself is Europe’s tallest active volcano, standing tall at around 10,900 feet.

In Northern Italy, you’ll find San Marino, the oldest republic in the world with a population of just over 30,000 people. Then in Rome, you’ve got Vatican City, the smallest country in the world, which is the Roman Catholic Church’s headquarters and led by the Pope.

Italy is home to numerous adventurous and inventors

Christopher Columbus and Amerigo Vespucci discovered the Americas, whereas Marco Polo headed in the other direction and explored the East. You’ve also got the scientist Alessandro Volta, who invented the first battery in the 1800s.

Italy is bursting at the seams with history

Despite the fact that Italy has only been a country for 153 years, it boasts an extremely long yet fascinating history. Evidence of this captivating past can still be enjoyed and experienced today, as Italy has 50 UNESCO World Heritage Sites, the most of any country in the world. 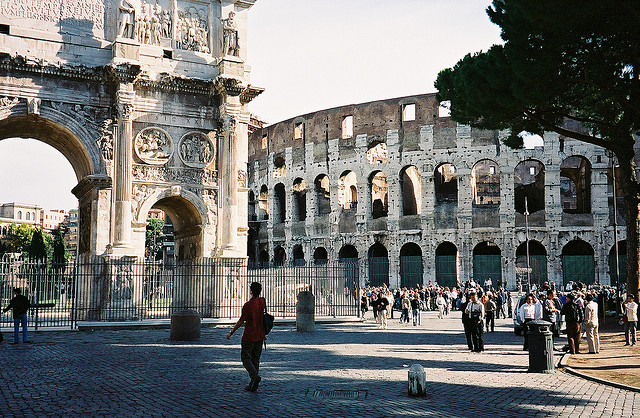 Italy was the birthplace of pizza and pasta

You may already be aware of this, but did you know that pasta in Italy can be traced back as far as the 4th century B.C? In contrast, pizza only dates back to 1860 but is one of Italy’s most famous and flavoursome exports.

Italy has one of the world’s greatest football teams

Although Italy is rather fond of cycling, skiing and motor racing and has hosted the Olympics on three occasions, its national football team won the World Cup in 1934, 1938, 1982, and 2006. Only Brazil has managed to win the tournament more times.

With so many facts and figures to enthral and amaze, you may well want to visit Italy sooner rather than later.